The following fields are required:
Error has occurred. Please reload this page and try the operation again.

Adobe Illustrator is the industry standard tool for creating logos, maps, diagrams, vector illustrations, and more. In this class, you'll learn to understand the appropriate uses for Illustrator, the difference between vector and raster graphics, and how to create complex graphics with simple components and tools.

The book is not required, but we recommend that you purchase it as a reference during and after the course. This book and its exercise files are made specifically for the CC2019 software used in our computer labs and may not be compatible with older versions of the software. The instructor can provide backwards-compatible files upon request.

After this class, you will be able to:

Applies Towards the Following Certificates

In Online (Instructor-led) courses, students join an online virtual classroom session with the instructor and other students at a specified time.  These are also referred to as "synchronous" courses. 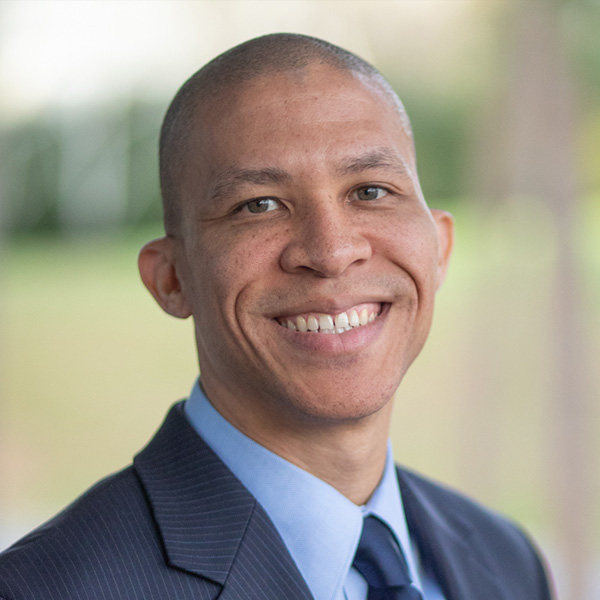 One of Christopher's older brothers, Jon, worked for NASA in the early-late 90's, when the Internet and computer graphics were just blossoming. Jon had a computer built, installed Photoshop 5.5 and Illustrator 8, wired it in Christopher's bedroom and gave one command: "Learn this! This is the future." Christopher was 16 years old. Before departing from his NASA tenure, Jon launched Midnight Online, a website development firm, where Christopher interned, learned and fell in love with visual communications, while working on projects for Florida State University Athletics, Roy Jones, Jr., HBO, The Sickle Cell Foundation, the National Society of Black Engineers (NSBE), and the Technical Symposium Development Council; to name a few clients.

After graduating from Florida State University High School, Christopher was recruited to further cultivate his talents at the Atlanta College of Art. While working towards a Bachelors of Fine Arts in Advertising Design, he launched The Focus Group Movement and graduated in 2005.

He has helped start-ups, non-profits, and Fortune 500 companies communicate visually for the past 12 years. A few of the companies he has had the pleasure to work with are the US Army, Southwire Company, Federal Aviation Administration (FAA), CNN, FedEx, Boeing, Bank of America, Marriott International, Perry Ellis International, the Department of Homeland Security, Federal Bureau of Investigation (FBI), and Verizon Wireless.

Christopher serves as the Associate Pastor of Communications at The Hand of the Lord International in Decatur, GA. He is also on the Advisory Board for GIFTED Organization at Georgia Tech. For more than 10 years, his company has donated graphic design and photography services to youth programs throughout Metro Atlanta, and is a design partner for Tamar Sexual Abuse Support Group.

Personally, and most proudly, he is the husband of one wife, his high school sweetheart Kahliah, and together they have a brood of four: Penelope (8), Maxine (7), Christopher (5), and Lucas (4).

In the course of providing you with Web-based services, Emory Continuing Education (ECE) collects and stores certain information automatically through our Web sites. We use this information on an aggregate basis to maintain, enhance or add functionality to our Web-based services. It includes:

This type of data is not personally identifiable.

The various ECE web sites link to Internet sites and services outside the administrative domain. ECE does not govern the privacy practices of these external sites. Users should read the privacy statements at these sites to determine their practices.

A "cookie" is a piece of plain text stored on your computer by a Web server and used primarily to customize your interaction with the Web. Some cookies last only for the duration of the session, while others are persistent and reside on a computer's hard drive until the user deletes them or the computer is refreshed.

All of our web pages use "cookies". A cookie is a small file of letters and numbers that we place on your computer or mobile device if you agree. These cookies allow us to distinguish you from other users of our website, which helps us to provide you with a good experience when you browse our website and enables us to improve our website.

Most web browsers allow some control of most cookies through the browser settings. To find out more about cookies, including how to see what cookies have been set and how to manage and delete them please visit http://www.allaboutcookies.org/.

The list below identify the cookies we use and explain the purposes for which they are used. We may update the information contained in this section from time to time.

Any changes we may make to our Cookie Policy in the future will be posted on this page.